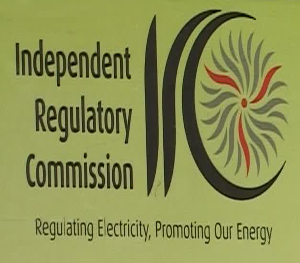 Following its March talks with relevant stakeholders, the Independent Regulatory Commission has announced two major decisions taken at its board of commissions meeting on April 23rd.

These decisions are with respect to the rate of return which DOMLEC will be allowed on its capital assets from May 1, and the investments which the company will be allowed to undertake for the next three years.

Lancelot McCaskey, Executive Director of the IRC made the announcement at a press conference on Wednesday April 29th.

“At present, DOMLEC enjoys a guaranteed return on equity of 15%; this was put in place before the IRC came onboard. In order to maintain that level of return, it requested a return of 14.75% on their equity shareholding.

“Contrary to DOMLEC’s request, the Commision determined that DOMLEC will receive a return of 10.44%. That is a reduction of 4.56% from its present position. This reduced return becomes operational on May 1st 2015.

“Further, as against the 11.6% rate of return on its capital assets requested, the Commision decided that DOMLEC’s return on its assets must be 8.56%. This will allow DOMLEC to make a profit in the region of $8m for the next three years,” he explained.

The second decision concerns DOMLEC’s Integrated Resource Plan for Dominica’s electricity sector. This plan will span from 2014 to 2033. 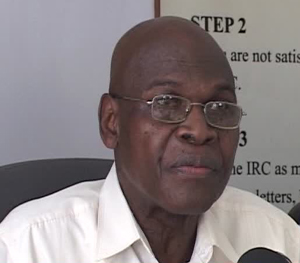 The plan is expected to anticipate the increasing demand for electricity in the future and how these demands will be met.

McCaskey in outlining this plan stressed that it is not solely DOMLEC’s but is a national plan which incorporates the views other electricity stakeholders.

“In that plant, the Commission sees new generation capacity coming from geothermal energy, hydro and solar energy. While it is unlikely that there will be competition for electricity from geothermal energy, both hydro and solar will be open to competition. According to a demand forecast for new generation, new capacity will be needed in 2017 and 2018 and should be satisfied by one megawatt of solar energy in 2017.”

McCaskey added that 2018 demands will be met by seven megawatts of geothermal energy and point five megawatts of solar energy.

The IRC also approved the construction of a new 33 kilo volt transmission line from Fond Cole to Sugar Loaf in Portsmouth and another from Laudat to Trafalgar to Padu and back to Fond Cole.  This project is estimated at $45m and is expected to commence in 2016.

Additionally, the Commission also approved $8.5m per year for other enhancement projects on DOMLEC’s assets.

As to what this will mean for consumers, McCaskey says the IRC still cannot detail exactly how this will affect consumers. He says a decision on new consumer tariffs cannot be made until DOMLEC officially files for a review of its tariff with the IRC.

DOMLEC has until June 15th to make this official request.

The IRC says these two major decisions are sensitive matters which had to be dealt with before the actual application for tariff review was considered.

The next step for DOMLEC is to advertise to the nation their intention to file for a review of tariff for the next three years for its consumers.