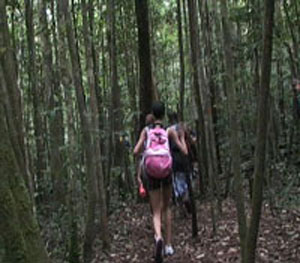 At the media launch last week DOMLEC’s Public Relations Officer, Adina Bellot-Valentine, noted that one of the aims of the events is to sensitize the public to the need for continuous protection of the environment.

DOMLEC has pledged just under $7,000 to the DHTA which will go towards the cost of tee-shirts for HikeFest and the purchase of the biodegradable containers to be used at the NTTC.

“DOMLEC has, in previous years, funded HikeFest because we view this activity as one which seeks to give those in involved more appreciation for Dominica and an increased drive to protect those assets of which some of us are not aware. We trust that many Dominicans and visitors will use HikeFest to explore this island and that the event will truly be useful,” she said. 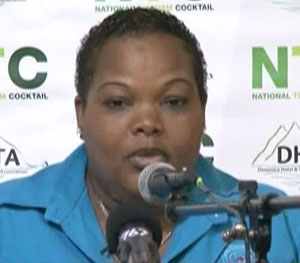 This is DOMLEC’s first year of involvement in NTTC. According to Bellot-Valentine, support to 100% Green Dominica, the local supplier of biodegradable containers forms part of the company’s policy.

“We see the environment as the surroundings on which DOMLEC operates: the air, the water, land, natural resources, flora and fauna and their interrelations...and so we see this initiative of going green as a significant link to what we’re trying to preserve and protect at DOMLEC.”

She stated that DOMLEC applauds the DHTA’s green initiative through the NTTC, and wishes them success.