The Labour Party Administration has been focusing on project implementation during the first 100 days of its new term in office. 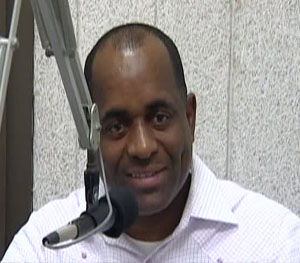 The Hon. Prime Minister Roosevelt Skerrit discussed how he has approached the start of the new term on Talking Point radio programme last Wednesday April 15th, 2015.

He said, “We’ve been placing emphasis on implementation and having very focused meetings with the relevant State agencies and stakeholders responsible for particular projects. We [are meeting with them] to determine the bottlenecks and what must be done to address these issues; we’ve been spending a lot of time doing that.

“We’ve also been spending a lot of time looking at investment opportunities. I’ve been in and out of the country fetching investments and promoting some of the investments that we have like the Silver Beach development and the Range [Development Partners Dominica Ltd] developments which are so critical to our tourism industry.”

The Prime Minister says efforts are geared at “ensuring that we streamline all the processes involved; making them simpler as far as implementation, management and execution [are concerned.]”