Solar Energy for the Kalinago Territory 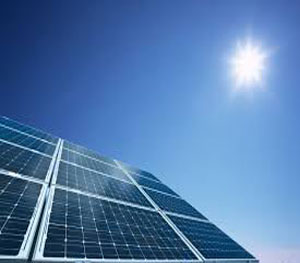 The Kalinago Territory will soon be home to a solar-based energy system.

The system is part of a project by the Caribbean Community Climate Change Centre (5Cs), and is being funded by the European Union to the tune of US $400,000.

“The national Government requested support to provide a renewable energy power source to the Kalinago community,” he revealed. “That involves the [installation] of solar panels to provide energy. In this particular case, we’re providing a 125 kilowatt solar farm to provide energy support to 145 residencies.

“We’re also providing individual stand-alone systems to support 15 houses. These systems will be powered by the panels and batteries to store the energy.”

McGann hopes that this will be at no cost to residents. He adds that the output exceeds the needs of the area.

He says all this is in an effort to help Caribbean countries to reduce their carbon emissions from the use of fossil fuels.

The company contracted to install the system is DCH Energy GMBH out of Germany.

“Currently, most of the energy produced here on this island is from fossil fuels which are imported. So this will reduce your import bill since we are using your own resource. Here, you have enough sun to expect a very good payback from such a project,” he said.

The local community will be part of the installation process.

The Hon. Parliamentary Representative for the Salybia Constituency, Casius Darroux is elated that the farm is coming to the Territory.

“I see the ripple effect of the solar project. The Sineku Resource Centre will be equipped with solar energy as well.”

He is especially pleased that the Salybia Health Centre will be on that grid.

“We are working to make it a mini hospital for the Constituency. So it is going to be great; it is good news for us in the Kalinago Territory.”

The project is expected to be operational by the end of September.

The system will last more than 20 years.

We have 141 guests and no members online