The Integrity in Public Office Commission has taken action to contribute towards the continued edification of the media. 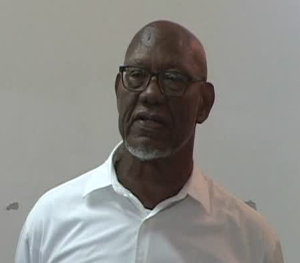 The Commission organised a training session last Friday February 27th for media personnel on the Integrity in Public Office Act.

The training session began with a presentation from IPO Commission Chairman, Julian Johnson on the operations of the Commission.

He began by answering the question of why the media was being targeted for training.

“Sometimes the mass media can get it wrong. Sometimes the media can be grossly unfair and can serve sectional interests. But a responsible, objective, vibrant, free and courageous media does play a very important role in the guaranteeing of proper standards in public life in liberal democracies,” he said.

The Commission also believes that it is the media’s duty to monitor the workings of Government and Parliament on the public’s behalf hence the need for a well-informed press.

The IPO Commission is responsible for the administration of the Integrity in Public Office Act which took effect September 1st, 2008.

The six year old Integrity in Public Office Commission is also responsible for investigating complaints related to non-compliance with the Act.

The Commission is charged with the independent, impartial and accountable administration the Act.

Most media houses were represented at that session.

We have 403 guests and no members online